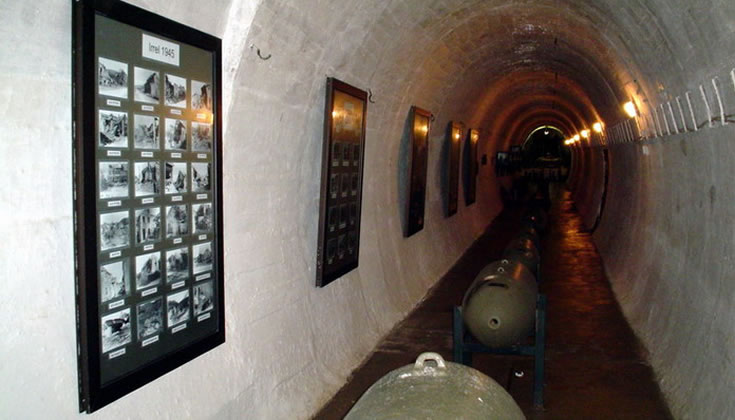 During the French occupation in 1947 it was heavily damaged by dismantling actions.
In 1976 a group of local volunteers of the fire service dug out the remnants and started its preservation.(Homepage)

In 1974 a group of local volunteers dug out the remnants and started its preservation. On the upright standing concrete remains of its former roof, a memorial stands dedicated to the 4000 dead and missing soldiers of the "39th Fusilier-Regiment" of Dusseldorf.

All activities are voluntarily done by the members of the local fire service who spent about 75,000 hours of work by now.